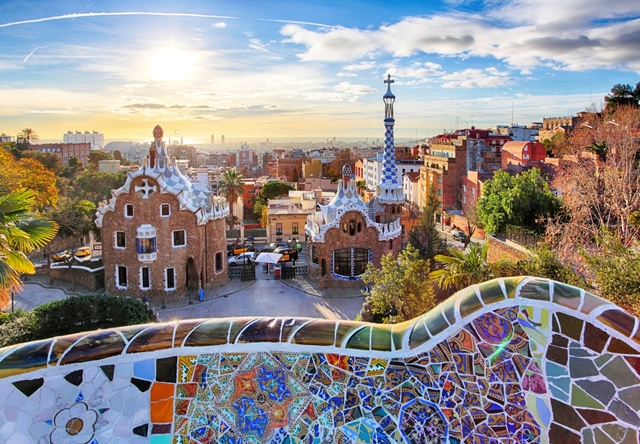 Residents of top tourist destinations in Europe like Amsterdam, Barcelona and Ibiza are fighting to restrict hotel development to ward off what they claim is overcrowding. Tourism reduction, however, can have a pernicious impact on local economies and small businesses that succeed on the back of tourist dollars. To combat these restrictions, local tourism and government officials—as well as hospitality professionals—have to demonstrate the economic benefits of tourism to the locals, and to prove the value of hotels in every community.
Preparing for 2018

“Some local governments have been involved with the issue, but it is local people who have been turning against tourism, which will continue unless the local government can explain the economics better,” said Russell Kett, chairman of HVS London. “We are in danger of seeing the golden egg being killed off by the goose.

“Investors and hotel operators have a vested interest in seeing this resolved. All hotels have realized that they need to be more than just be a hotel in a certain location, I don’t think this is something which hotels need to wake up to, but the message that the hotel is a member of the community isn’t being recognized by all of the community.

“A few years ago, the issue of the tourism multiplier was espoused, laying out the benefits of tourism—it’s not just staying in a hotel, it’s suppling the hotel, it’s employment. If there weren’t the larger numbers of tourists there would need to be something in the economy to replace them. It’s not just hotels, it’s theme parks, restaurants, shopping, it’s the whole spend in the community that the tourists bring with them.”

The UNWTO figures for January to October found that Europe led growth in international arrivals in the period, with an increase in visitors of 8 percent, driven by “remarkable” results in Southern and Mediterranean Europe (+13 percent). Western Europe (+7 percent) rebounded from weaker results last year, while Northern Europe (+6 percent) enjoyed ongoing solid growth.
The Third Vertical

AccorHotels has sought to address its properties’ connection with the local community through its ‘third vertical,’ which Sébastien Bazin, the company’s chairman and CEO, told the audience at IHIF this year had “nothing to do with travel but is plugged into community services.”

Last month, the company made its first move into the vertical with the launch of AccorLocal, a mobile app allowing residents who live near an Accor property to access “the services of local artisans and companies.” Through AccorLocal, hoteliers can promote their hospitality services to non-residents. Using the service, hoteliers can offer services based on local demand, and their relationships with local shopkeepers and businesses. Larger partnerships can include bouquet deliveries, yoga or other fitness classes provided on property, food delivers, pay-by-the-hour car rental services through a partnership with Hertz and more.

“We have a customer relationship that is perhaps three, four, five times a year when we see you in our hotels,” Bazin said. “Facebook has a relationship with its customers seven times a day.

AccorHotels' move is a smart one: With visitor numbers only set to rise, hotels must persuade the communities they operate in that they are not just for outsiders.

Katherine Doggrell is an editor at Hotel Analyst, the U.K.-based news analysis service for hotel investors.